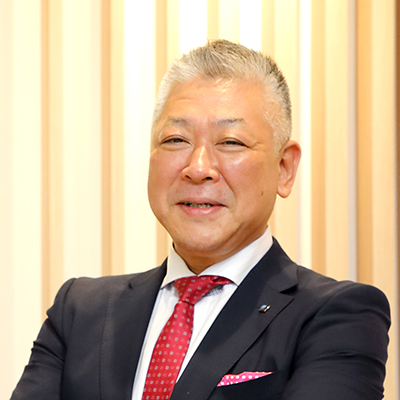 Atsushi Kikegawa is a general manager of business development for Toppan’s digital flyer service “Shufoo!”. Since 1991 joined in Toppan, Atsushi has engaged in new business development and sales planning over many years after he had been in charge of sales for a major automobile manufacturer.
Atsushi participated in establishing a joint venture with Hakuhodo, a Japan’s leading advertising agency, in 2006 and had been a director for 4 years. He has been in the present position after he returned to Toppan in 2010. Atsushi has also hold a post of a director of ONE COMPATH Co.,Ltd., which develops and markets the first Internet based map information services in Japan and games, since April 2015.